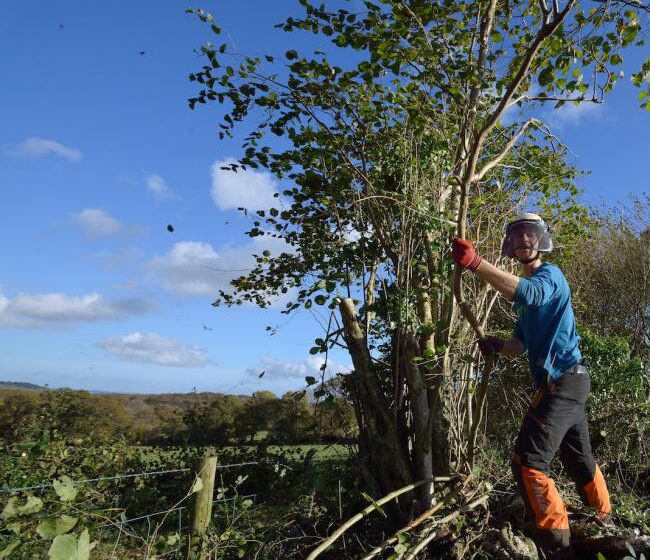 This autumn, using age old techniques, conservation charity Plantlife has started work to restore the ancient hedgerows at Ryewater Farm in Dorset, which have been providing wildlife with a vital source of food shelter since medieval times.

Ryewater Farm in Corscombe is an organic farm which is of national importance for its wildflowers and meadows. It’s also home to over a mile of ancient species rich hedgerow and thanks to funding from SITA Trust work has begun to restore this vital habitat to its former glory.

Plantlife’s Joe Costley who will be leading the work says “It’s fantastic news that we have received funding from SITA Trust to carry out this work as the hedgerows at Ryewater Farm are vital. Small fields enclosed by woods and tall, thick hedgerows are part of the distinctive landscape character of this area. Most importantly the hedgerows at Ryewater support a whole host of plants and wildlife, and they need to be maintained or they will develop into a line of trees, which then eventually topple over one by one – and ultimately the hedge is lost. This would be a disaster for wildlife such as bullfinch and song thrush that make use of these hedgerows for feeding and nesting. The birds need thick bushy hedges with plenty of cover, and this restoration work will give them the perfect home for many winters to come. The work will also reduce shading of the ancient meadows that the hedgerows enclose, of benefit to a fabulous array of wild flowers”.

Why hedgerows are worth saving: