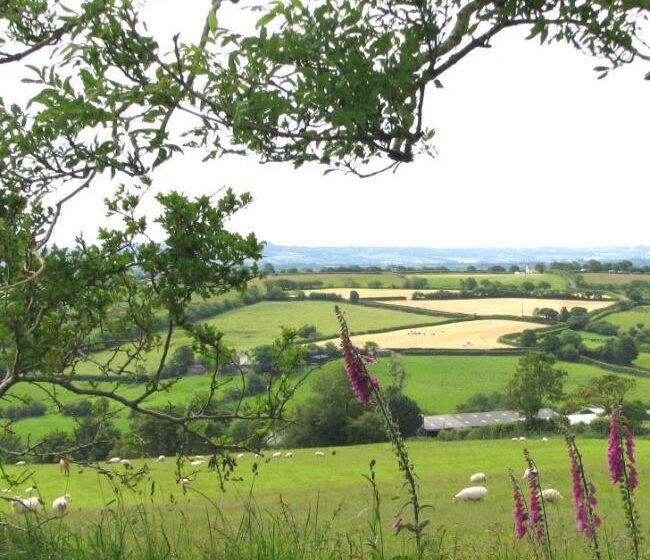 The Countryside Survey 2007 estimated that there are 402,000km of “managed” hedgerows in England. A managed hedgerow is a line of woody vegetation that has been subject to management so that trees no longer take their natural shape. There are a further 145,000km of linear features such as relict hedges and lines of trees.

Between 1998 and 2007 the total length of managed hedgerow decreased by 6.1% (26,000km). A large proportion of this decrease was managed hedges turning into lines of trees and relict hedges (which increased by 13.2%), reflecting a reduction in management intensity.

Regularly managed, stock proof hedges have declined in England from 1984 through to 2007, but with a period of no change between 1990 and 1998. From 1990 onwards the decrease in managed hedgerows has been predominantly through the lack of management leading to conversion to lines of trees/shrubs and relict hedges rather than hedgerow removal. The types of woody linear features that increased were clearly those which were less managed, in particular relict hedges and lines of trees/shrubs.

A set of criteria to define “favourable condition” was developed by the Steering Group for the UK British Agricultural Policy for Hedgerows (the pre-cursor group to Hedgelink) which aimed to reflect the key management factors affecting hedgerows. These are based on several attributes each of which have been assigned thresholds to indicate whether a particular hedgerow is in favourable condition or not.

These attributes are listed below. In 2004 the applicability of the method was tested in the field by Catherine Bickmore Associates. 25% of the case study hedges (116) passed all of the attributes (note this was not a statistical sample).

What hedges do for us

Today hedgerows are highly valued by people, and for many reasons. In the past they were considered essential for marking ownership boundaries, and for keeping livestock in or out of fields. Although hedgerows remain vitally important for agriculture, these particular reasons for keeping hedges are less valid now, with the easy availability of accurate maps, GPS and wire fencing. However, there are additional, new, strong, justifications for looking after hedgerows and for planting more.

These new reasons recognise the importance of hedgerows as part of our cultural heritage and historical record, and for their great value to wildlife and the landscape. Increasingly, they are valued too for the major role they have to play in preventing soil loss and reducing pollution, and for their potential to regulate water supply and to reduce flooding.

Hedgerows may even have a role to play in taking greenhouse gases out of circulation through carbon storage, if they are allowed to expand in size. Certainly any loss exacerbates climate change to some extent.

There were two other major uses for hedgerows in times past, and those were as a source of firewood, and for providing shelter from wind, rain and sun for crops, farm animals and people. With fossil fuels becoming scarce and expensive, and the threat of more frequent and more violent storms, both these uses may soon once again come to prominence.

Other uses of hedgerows today include screening unsightly development, providing privacy to homes, and as a source of berries for jams and material for various crafts like walking stick making. Cattle, sheep and other livestock will often search out particular leaves and flowers from hedgerows to supplement their diet or to self-treat ailments – for example, ingestion of coarsely hairy plants like hogweed scours parasitic worms from the intestine.

This document (PDF 200k) provides a useful summary of the ecosystem services provided by hedgerows.

The UK is rightly known throughout the world for its rich and varied patterns of hedgerows, a part of our cultural and landscape heritage which ranks alongside great cathedrals, quaint villages and spectacular coastlines.

There is a popular belief that most hedgerows are recent additions to the countryside, having been planted across an open landscape under the Enclosure Acts of the early 19th Century. In fact, at least half our hedges are older than this, and many are hundreds, some even thousands, of years old. In Devon for example, we believe that over a quarter of our hedges are more than 800 years old – that’s older than many parish churches – and some are underlain by banks built in Bronze Age times four thousand years ago. Others are older still, being remnants of the original wildwood that covered Britain and Ireland before man started to carve out his fields.

So, a great many of our hedgerows are ancient and of historical interest in their own right. This is particularly true where they mark parish boundaries, ancient monuments or other such features. Often beautiful old veteran trees, their lives prolonged by repeated pollarding over the years, reveal the great age of hedgerows and their importance to our ancestors.

We also have a rich tradition of different hedgerow management techniques, particularly of hedge laying, and this too is an important part of our cultural heritage, one which helps to give both a sense of continuity and one of place to local communities. The networks of hedgerows, and in some places dry stone walls, that cover so much of our countryside pick out changes in topography, soils and underlying geology, and define current, and often past, patterns of agriculture and other land use. Together with woods, roads and settlements, they give character to the landscape and impart much local distinctiveness.

Just imagine a countryside without hedgerows. How featureless and bland it would be!

For information about the importance of hedgerows to the landscape in your area, see Natural England’s Joint Character Areas article. Hedgerows are very important for wildlife in their own right, and now that consist predominantly of native trees and shrubs are recognised as a priority habitat for conservation action within Englands Biodiversity 2020 targets.

As a mixture of woodland, scrub and grassland, hedgerows contain a wealth of different plant and animal species, and across large swathes of the countryside are an essential habitat and refuge for the majority of our farmland wildlife.

Hedgerows are also important for a large number of threatened or rare species. These include plants like the Plymouth pear, insects like the brown hairstreak butterfly, birds like the cirl bunting and mammals like the dormouse.

The very high importance of hedgerows for birds is clear from the following facts. No less than 21 priority BAP bird species are associated with hedgerows, and for 13 of these, hedgerows are a primary habitat. Similarly, as many as 16 out of the 19 birds used by Government to assess the state of farmland wildlife are associated with hedgerows, with 10 using them as a primary habitat. For further information see our Importance of hedges for birds Excel file.

For further information on the wildlife of hedgerows, see our wildlife and hedgerows page. The considerable value of hedgerows in helping to conserve essential natural resources such as soil and water, and in helping to prevent pollution, has been long recognised over much of the rest of Europe. Only recently in the UK are we too coming to appreciate the highly significant role they can play in these respects, in part because of increasing concerns over climate change.

Hedgerows can be very effective at preventing loss of soil from fields, either through reducing wind erosion or through acting as a barrier to water-borne run-off. This is particularly so in arable areas, both where the land is flat and prone to wind-blow as in the Fens of East Anglia, and in hilly areas where loss of soil following heavy rain can be a major problem especially in places prone to gully erosion.

Hedgerows also play a valuable role in reducing the amount of polluting fertilisers, pesticides and sediment that reach watercourses, through acting as a physical barrier, through increasing infiltration into the ground, and through being recycled by the trees, shrubs and other plants. For this reason they are often planted along contours above ditches, streams and rivers.

Hedgerows can be very effective at regulating water supply for crops, in several ways. Firstly, through decreasing wind speed over the ground surface, hedgerows reduce water loss through evaporation in areas prone to drought. As an example, it is for this reason that a network of hedges of has been planted in the Rhone valley in France. Secondly, hedges can help to store water for later use. Thus a 1ha field with a 50m hedgerow at the bottom can store between 150 and 375 cubic metres of water during rainy periods for slow release down slope, during dry periods. This effect is greatest in soils rich in clay or organic matter. Thirdly, because of their deep roots, hedgerows remove water faster from the soil than crops during periods of excessive rainfall, through increased evapotranspiration.

Together with woods, hedges reduce the rate of flow of water within catchments, so help to reduce flooding downstream. A comparison between two very similar catchments in Brittany, one with hedges and the other without, showed that peak flows in streams are less extreme and minimum flows greater in the hedged areas. Across the UK, hedges were not long ago essential sources of wood for cooking and heating, and were managed accordingly. The use of cloam ovens powered by faggots taken from hedgerows was still commonplace in rural parts of Devon in the first part of the 20th Century. Unlike today, when a hedge was layed or coppiced little was wasted. Now, nearly everything, even larger timber, is burnt in bonfires on site, and the energy and nutrients wasted.

With concerns over climate chaos resulting from global warming, and driven by increasing oil and gas prices, more interest has been shown recently in harvesting the material taken from hedgerows when they are cut, layed or coppiced, for use in heating. The wood can either be used directly in log-burning stoves, or chipped for use in biomass burners and boilers.

Members of Hedgelink would be very interested to hear from anyone developing the technology to harvest the material generated from flail cutters.

A case study on the economics of harvesting wood for heating fuel from hedgerows. For a single layed hedge in Devon, this case study shows that it was highly economic to extract the wood for use in wood stoves, provided the hedges was going to be layed anyhow. The study also shows that the fuel taken from the hedges was a highly sustainable green source of energy.

Below are key points from a document about the importance of hedgerows and the services they provide to society.

The importance of hedgerows and the services they provide to society.

This text has been produced by Hedgelink to assist those making the case for improving hedgerow policy, resources or protection, through the provision of key points and facts. It is not designed to be used directly, without interpretation or being tailored to the specific context. Contact Hedgelink for information on the key issues currently surrounding hedgerows. You can also download the full document in Word format (63 KB).

Wood Chips from Hedgerows: a Potential for On-Farm Mulching and Bioenergy?